Lots of us consider ourselves fairly knowledgeable when it comes to London’s sights and culture spots. Should a distant relative announce their unexpected and imminent arrival in the capital most of us would feel pretty well equipped to deal with it, smarmily shouting, ‘look aunty, here’s some of that art deco architecture you so adore!’ ‘Yes Steve, I know just the place you can buy I Love London Y fronts.’

But what experiences can London offer that really leave a lasting impression? Having lived in the capital for some years now I’ve gradually stripped away the layers of touristy tat to uncover some little diamonds that I’d love to share with you. I fully acknowledge the paradox I create here by exposing, what I consider to be, some of London’s SECRET gems, but then I can’t keep them all to myself can I? That’d be greedy.

Wilton’s Music Hall
The term ‘shabby chic’ MUST have been originally coined by some Whistles-attired Bach-lover ogling with dismay the crumbling gold paint and exposed brickwork interior of this Grade II listed building. The oldest surviving music hall in its original state, Wilton’s is situated just off Cable Street in the heart of London’s East End and its carved wooden staircase and intricate plasterwork betray a great deal of its former splendour despite its extensive dilapidation. They do FANTASTIC manhattans if you’re a cocktail fiend and also (perhaps more importantly) boast a stonkingly good programme of opera, comedy and theatre. 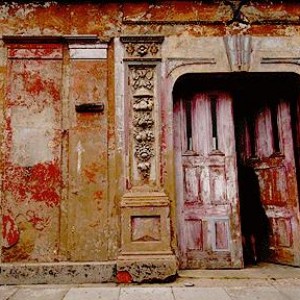 Ruskin Park
Much wilder and more characterful than many of its London counterparts, this little park is situated just behind Denmark Hill station.  The slightly unkempt grass and unruly tulips seen barging their way through the undergrowth really add to the charm of this spot and make it the perfect picnic park to take your mum. 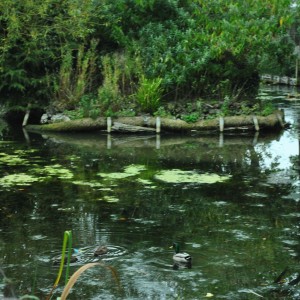 The Faltering Fullback
(Without wishing to cast this little diamond into disrepute) (in fact I think this enriches its charm) this little diamond of a boozer is home to some of North London’s finest well-oiled Irishmen, an array of eccentric ceiling decorations and a fine selection of grog. Situated a stones throw from Finsbury Park tube, The Faltering Fullback  (clue’s in the title) is a rugby pub, with one of the best beer gardens you’ve ever laid eyes on, complete with an abundance of foliage and lots of seating.  Do not be put off by the mention of televised sport, if this isn’t your bag I’ve spotted board games, books and some pretty fine Thai food to lay your paws on too. There is also a LEAFY CUBBY HOLE OF DREAMS in the garden ideal for those wanting a sneaky, Narnia-themed date away from prying eyes. 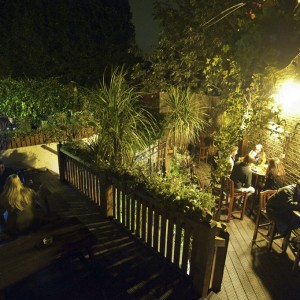 Neasden Temple
Yes, there’s a TEMPLE in Neasden. An exquisite and lesser-known addition to London’s towering skyline, BAPS Shri Swaminarayan Mandir (it’s proper title) was erected in 1995 using five thousand tonnes of Italian and Indian marble. At the time of its completion it was the largest Hindu temple outside of India and remains –arguably- Brent’s most beautiful building.

The Café in the Crypt @ St Martin’s in the Fields
A Central London secret The Café in the Crypt – though sounding a little macabre – is in fact a dramatic and surprisingly intimate dining experience in impressively historic surroundings. (PERFECT to take keen historians and eccentric uncles to.) The imposing Georgian brick-vaulted ceilings and ancient tombstones beneath your feet are a firm reminder of the underground history of London and how spaces like these can be recycled and re-appropriated in the 21st century. The Café hosts a weekly Wednesday jazz night where some of London’s finest jazz musicians are found blasting their trumpets and raucously scat singing their way through many classic jazz standards, to the rapturous delight of their audience. 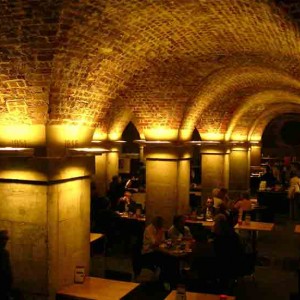