There’s an often overused quote from George Bernard Shaw (ahem, about to overuse it once more,) ‘when a man is tired of London, he is tired of life.’ But truly, every time I get disenchanted with the stoney-eyed commuters and smog and yearn of running to the Guatemalan hills, something reminds me why I will never tire of London. Sometimes it’s a charming cockney cab driver. Sometimes it’s a secret pub I’ve discovered in the early hours of a Saturday morning. Whatever it is, there is always a something that reminds me why you got to love London.

Street Art. ‘Oh but street art is so 2005,’ sure your average map-bearing, I-Bum-London tourist loves to stop and gawp at the Banksys and Phlegms, but established residents of the capital know about the really good stuff. And often it doesn’t take the traditional form of the spray painted murals on Brick Lane. Often it’s things like this or the Found Lost posters, one of which I stumbled across in Finsbury Park a little while ago. 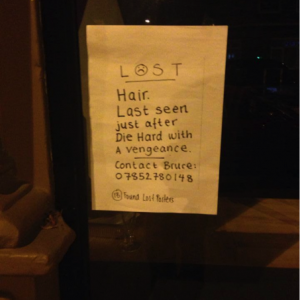 Hipsters. Much as they are ridiculed, hipsters are an integral part of the nutty fabric of East London. Ironic 90s Pop nights and vegan cafes – you gotta love ‘em. Everywhere in Dalston you see bearded boys sauntering along with their diminuative, mind-blowingly attractive Asian GFs. Hipster sisters are doing it for themselves. ‘It’ being hanging out with boys bereft of steroid-induced guns but rich in comic book knowledge, kindness and appreciation stemmed from a childhood in Margate thinking they’re too geeky to get laid or loved. I’m sure there are a fair few of the gun-loving TGIFers lurking around Leicester Square too but in East London geekiness is celebrated. Hurrah! And another thing, hipsters make for great people-watching. Idle moments spent in the window seat of a Dalston coffee shop can provide an individual with visual entertainment akin to a charity shop coming to life with characters from Clueless. Grandma shoes, neon croptops and freaky facial topiary make hipsters a crucial part of why we love London. 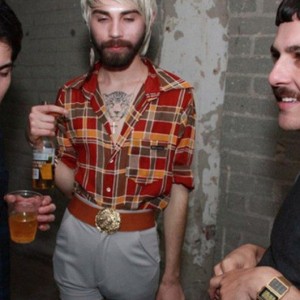 The London Naked Bike Ride. Woooohooooo. Nude bums on bike seats. You needn’t be a voyeur to appreciate the saucy beauty of thousands of de-robed cyclists peddling around the city in June. All in aid of protesting against oil dependency and promoting body freedom.

We’ve got a cat café. Lady Dinah’s Cat Emporium to be precise. An actual place where you can grope a plethora of amenable felines whilst enjoying a cuppa. What’s more, London’s also home to the Rainforest Café, where guests are met with a jungle soundscape, indoor waterfall and giant fake animals. While most suitable for small persons owing to the simplistic menu and novelty decor, I can assure you it’s also fairly entertaining for simple-minded adults.

Food & Queuing. Despite living in one of the world’s most densely restaurant populated cities we like queuing so much we will wait AN HOUR outside in the February cold to be fed meat in bread from a new pop-up or restaurant. (Looking at you there Patty & Bun.) Even though there are over squillions of other places to go and eat. And the wonderful thing about living in a city obsessed with food? The most diverse array of delicious grub you could ever hope to lay your hungry paws on. From Moroccan Momo delicacies to celebrated Stokey Sunday roasts, London is home to some epic eateries. Perhaps worth a wait in chilly queue after all?

London does outdoor everything. But London is in England right? England. England of the rolling green fields and ETERNAL RAIN. Yup. Yet in London we insist on hosting all manner of Spring and Summer events outdoor. Like Field Day festival where it almost inevitably pours. Or hot tub cinema where we’ll recline in temperatures no warmer than Everest base camp snorting at the sky, “you shall not deter us from enjoying this extortionately priced super-size Dumb & Dumber, we’re in a ruddy hot tub quaffing tepid Prosecco; life couldn’t be better right now!’ Londoners’ resilience to the elements is what makes the capital so very great. Up yours weather, we were weaned on battered cod and hailstones. You’re no match for us.

The DLR. Have you ever been on the DLR?! It’s like an inner-city panoramic-view theme park ride. 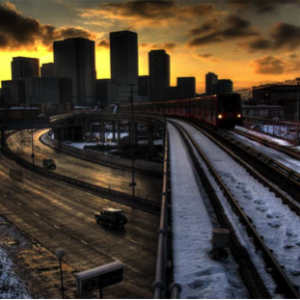 Also. Only in London do you see this and protesting as nicely and Britishly as this: 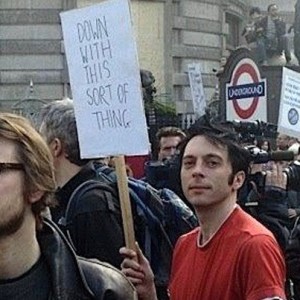